2.2k
SHARES
Share on FacebookShare on TwitterShare on Whatsapp

(CMR) The Jamaica government has announced this morning that they will be opening their borders until May 31 to allow all Jamaican citizens to return back home with specific permission from Cabinet. The initiative was made possible via the Disaster Risk Management (Enforcement Measures) No. 4 Order 2020. All returning residents will be subjected to a mandatory quarantining period.

The Order passed yesterday confirmed that during the period only persons with Cabinet approval can enter.  The measures set out in the Order is to help mitigate and guard against the threat of COVID-19 prior to the re-entry of their nationals.

The move comes after the Jamaican government had been largely criticized for closing its airports with no plans to allow residents to return at all including when a cruise ship with multiple Jamaican nationals was turned about last week.

The local consulate office has confirmed that this is not a general re-opening of the borders for commercial travel but instead a very specific measure to address the repatriation of returning citizens who have received the requisite permission.

A significant number of Jamaicans in Cayman have expressed the desire to return home and had been hopeful that such a decision would have been made. 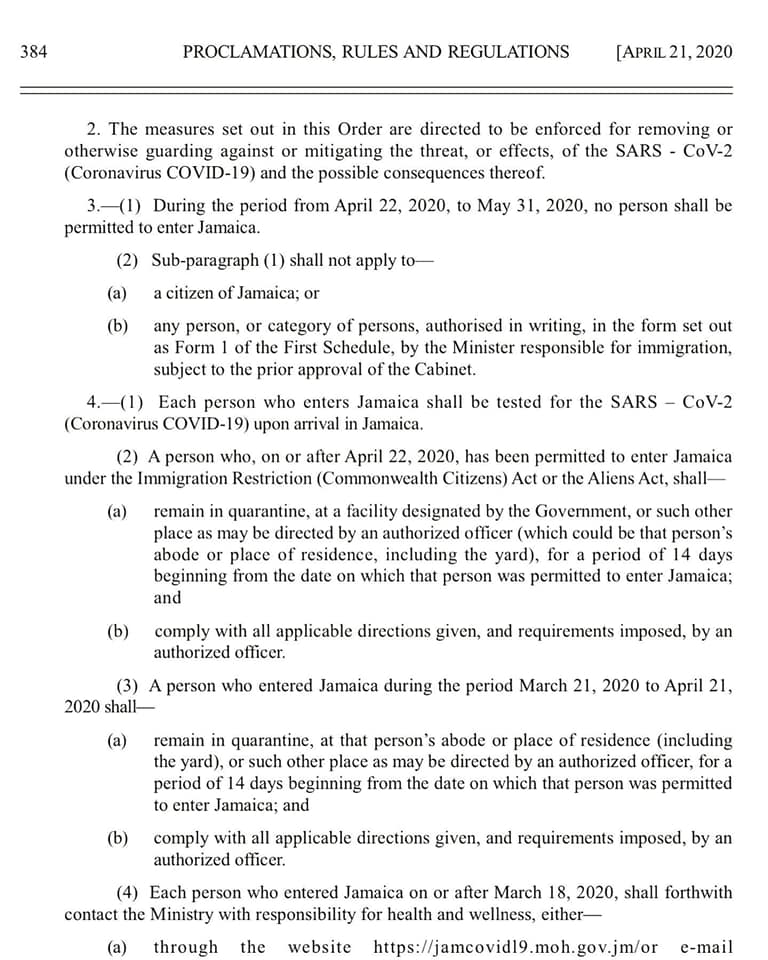 No, thanks.
How do you feel after reading this?
Tags: covid-19Jamaica