No motive yet determined

(CMR) Over 10 people have been killed in Nova Scotia, Canada after a 51-year-old denture-fitter, Gabriel Wortman, dressed as a cop and went on a murderous overnight rampage. It is now being said that the 12-hour killing spree is the country's worst act of mass murder in 30 years.

The Royal Canadian Mounted Police said 51-year-old Gabriel Wortman – who had disguised his car to look like a police cruiser – shot people in several locations across the Atlantic province. Authorities said they were still trying to establish a final death toll.

One of the dead includes a female Canadian Mountie. The grueling details were shared Sunday evening at a press conference.

He was eventually hunted down by police officers earlier today at a gas station in the town of Enfield in the Canadian province and later died, although it was not immediately clear how. The killing spree started Saturday evening around 10:30 pm and ended Sunday morning when he was reported to have died. 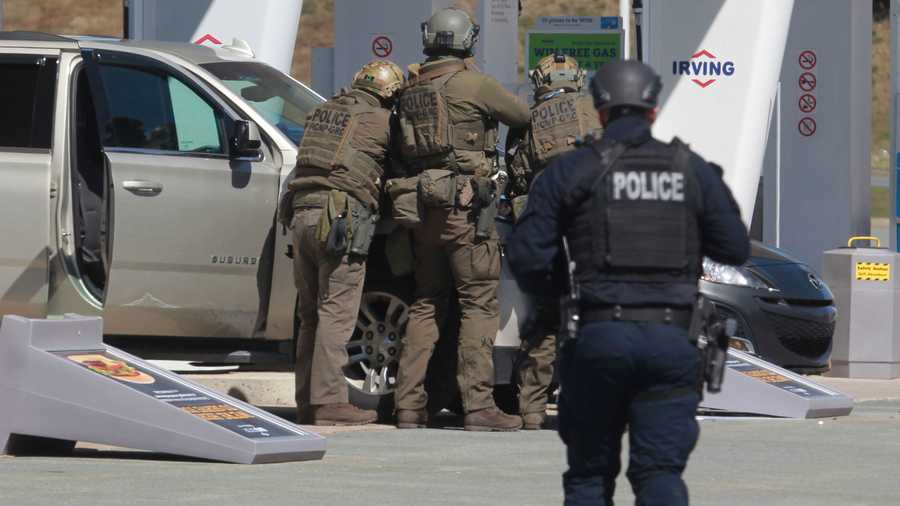 Wortman was said to have confused authorities by dressing as a police officer and outfitted a car to look like a police cruiser. He also moved from location to location spreading the crime scenes to half a dozen locations, beginning in Portapique and stretching to Enfield, where the suspect was apprehended.

The Royal Canadian Mounted Police had warned the public on Twitter that Wortman may have been wearing a RCMP uniform and driving a silver Chevrolet Tracker that appeared to be a police vehicle. But they clarified that he was not employed by the RCMP.

There has been no determined motive for the killing spree as yet.

Canadian Prime Minister Justin Trudeau tweeted, “Our hearts go out to everyone affected by the shooting,” adding “we're keeping all of you in our thoughts.”

No, thanks.
How do you feel after reading this?
Tags: CanadaGabriel Wortman