(CMR) Among countries in the English-speaking Caribbean, Trinidad and Tobago tops the list as the island with the greatest number of recorded cases of the latest, coronavirus, COVID-19.

Officials in Trinidad on Monday (March 30) revealed that the country has over eighty cases of the coronavirus; with the twin-island republic recording 3 deaths from the virus. Jamaica and Barbados which trail Trinidad, have recorded 36 and 34 cases respectively.

What’s more is that in one of the smallest Caribbean nations by population size, Montserrat, there have been five recorded cases of the coronavirus. 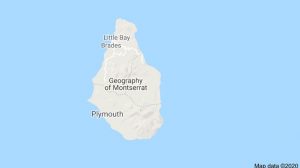 This is significant, as the Governor for the island, Andrew Pearce, pointed out in an address to the nation, that the number of confirmed cases was equivalent, in relative population terms to 70,000 cases in the UK.

“It has been 11 days since we announced our first case of COVID-19 here, we now have five. That five is the equivalent, in relative population terms to 70,000 cases in the UK,” said Pearce.

The Governor further pointed out that the country had been doing its best to flatten the curve but the evidence seems to suggest that there has been community spread.

Pearce went on to state that as a result of the community spread, Montserrat would be implementing a tight and robust lockdown of the island, forcing residents to remain indoors both day and night.

Montserrat has, arguably, taken the most drastic step among all the islands to prevent the further spread of the virus, as most states have only implemented nightly curfews. 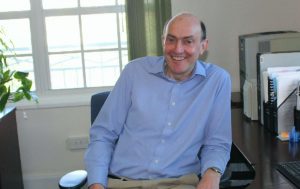 Nightly curfews have been implemented across the region, even in states like Barbados, which was initially reluctant to implement the measure.

As it relates to others in the Caribbean that speak Spanish, some of those islands are seeing cases into the hundreds; the Dominican Republic alone reported 902 cases with 32 deaths from the virus.

No, thanks.
How do you feel after reading this?
Tags: coronavirusMontserratTrinidad and Tobago