(CMR) Cayman's self-proclaimed #1 celebrity has been arrested this afternoon on her job at Tortuga Liquor Store after allegedly stealing money from her workplace and allegedly being involved in a recent robbery as the getaway driver. The arrest went down this afternoon after 1:00 pm in true celebrity fashion at Tortuga Liquors headquarters on North Sound Road, George Town.

Kasnique Patrice Austin Cupid known as Eve Highvoltage, became notorious in the summer of 2019 after multiple persons called her out for attempting to scam people to pay her money for a plastic surgery clinic that she attended for several procedures in the Dominican Republic. Reaching out to CMR she stated that she was about to take her fame to the next level.

Originally from Jamaica, Cupid said that she was an event's promoter specializing in the dancehall genre.

CMR featured her on our Cold Hard Truth show where she attempted to explain why she was on government assistance but still able to afford plastic surgery and other “ghetto fabulous” aspects of her dancehall lifestyle. She had been featured in several social posts as a “designer body scammer” claiming that she was not an official representative of the plastic facility. The facility denied that they had asked her with assistance in recruiting clients.

On the July 15, 2019 show Cupid explained that she was not responsible for the finances of the family and whatever money she earned was hers alone. She further shared that her “Caymanian children” would have to be provided for by the government of the Cayman Island via the Needs Assessment Unit. The show remains one of our most popular to date with over 464 persons tuned in. At the time she stated that “Sandra me couldn't pay you for this …. me love it.” She went to say that:

“Me love how far you have come and some people might have hatred towards you because they don't understand what journalism is.”

Looking forward to being in the hot seat she said that she knew it would “catch like fire on dry bush”. However, the love of her new found notoriety was short-lived as the following month on August 22 she demanded to know who our sources were because she intended to sue them. 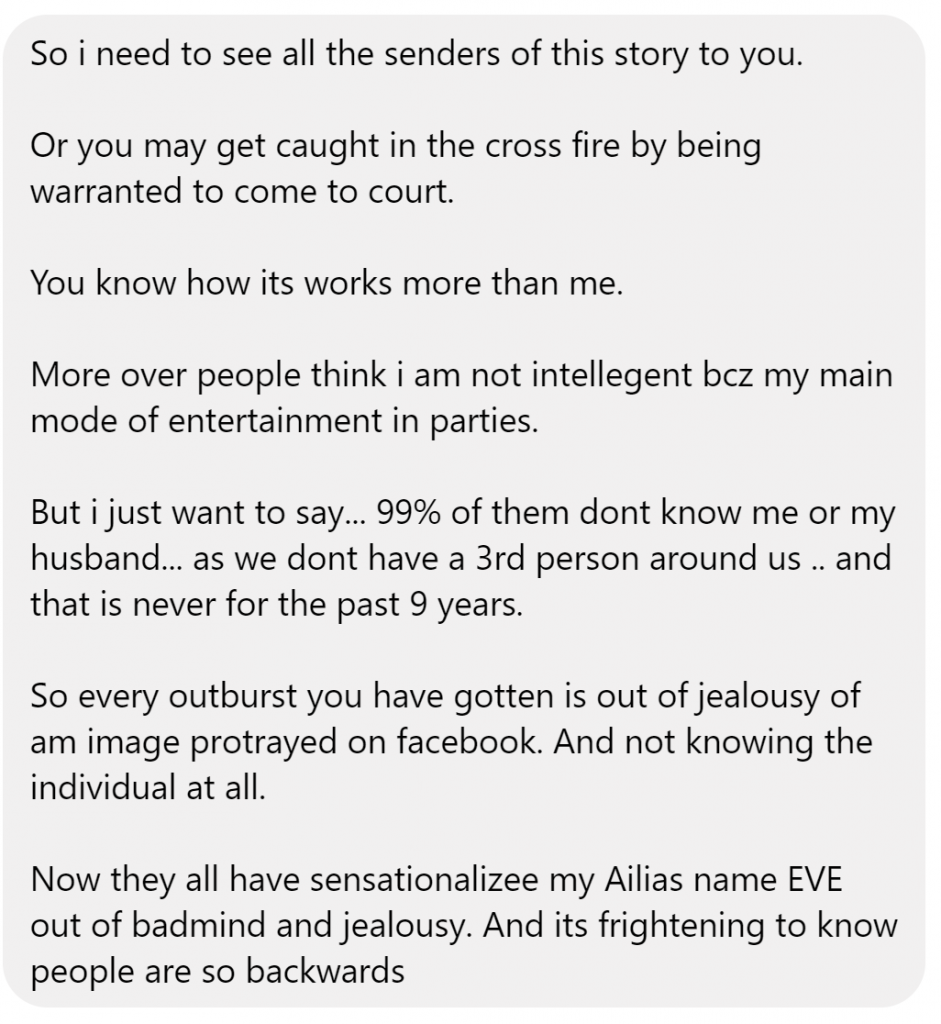 She later attacked CMR in a video post of her own after her best friend, Dian McLaughlin (Dolly Chromaz), was featured for taking over $70,000 from a dentist who then took her to court for repayment. In that video, she focused on her fabulous body and high life as reasons why CMR would be jealous of her status. She is know for her “reads” of people on her personal page often getting extremely personal and calling them names.

No, thanks.
How do you feel after reading this?
Tags: Eve HighvoltageKasnique Patrice Austin Cupid