(CMR) Ezzard Miller (NS), had called for McKeeva Bush, the sitting Speaker of the Legislative Assembly and representative for West Bay West to resign after Friday's assault on a bar manager. In a statement issued earlier today, Miller states that Bush's apology letter issued yesterday afternoon causes great concerns and demonstrates “an unacceptable pattern of behavior” and possible medical issues that warrant his immediate resignation.

Miller is the first and only member of the Legislative Assembly to speak publically on the incident some four days on. In a shocking sign, no other elected official has made any statement even after Bush's admittance to the incident yesterday. Bush claimed to be suffering from depression after the loss of his daughter and mother.

“The apology details serious medical concerns, requiring “long-term professional help … I therefore call on the Minister of Health and the Unity Government to ensure the Speaker gets the rehabilitative treatment he says he needs.”

Miller goes on to share that in the circumstances he does not appear to be fit to continue in his role and reminds people that as Speaker he is third in order of precedence after the Governor for the legislative branch of government.

Despite the silence of the government and backbenchers members of this community immediately called for his resignation over the weekend. In fact, women are now galvanizing efforts to arrange a public protest to be announced at a later date on the steps of the Legislative Assembly. One woman shared the following post: 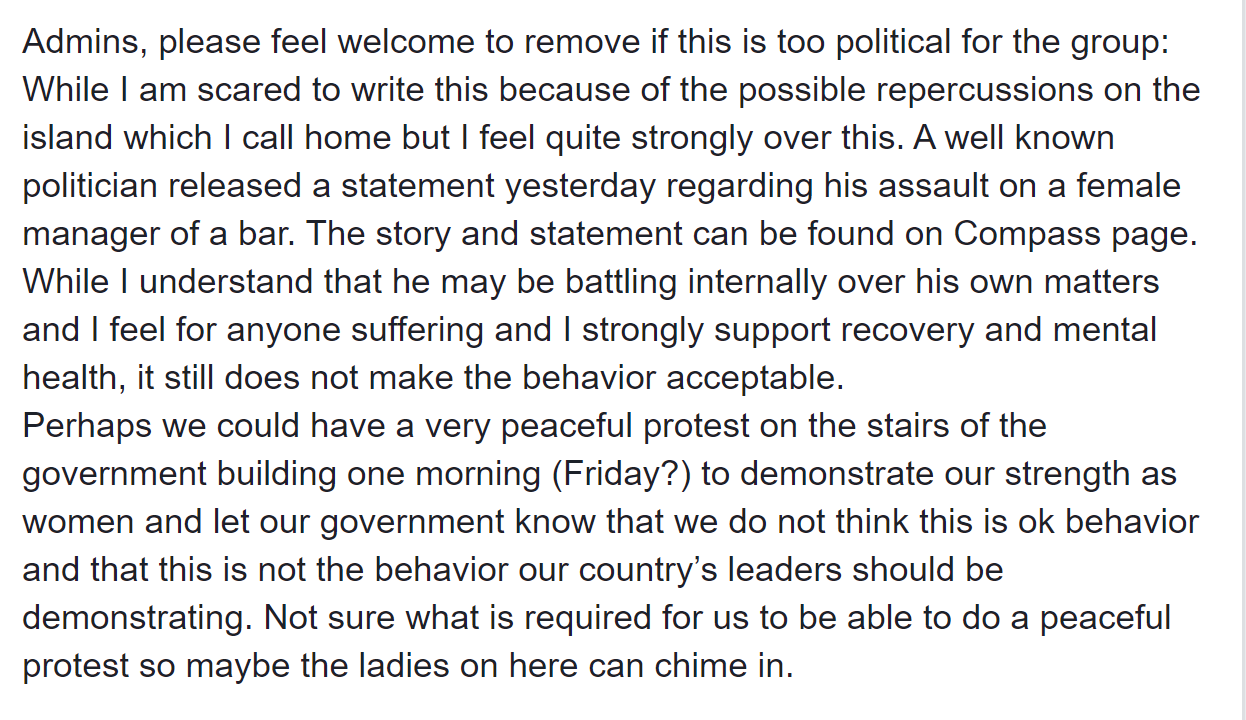 Bush admitted to having issues that required professional help about having an episode where he appears to have blacked out during the incident. However, he did not admit to drinking.

Others have taken to creating numerous memes about the situation in hopes of getting the Government's attention.

Cayman Marl Road will be addressing this matter this evening on THE COLD HARD TRUTH!

No, thanks.
How do you feel after reading this?
Tags: Alden McLaughlinMcKeeva Bush