(CMR) Recent disciplinary action against local football players is being appealed after claims that not all involved are being held accountable and the penalties are not severe enough.

On February 10 the Cayman Islands Football Association's  (CIFA) Disciplinary Committee (DC) issued a letter to the General Secretary and Assistant General Secretary discussing its findings after a disciplinary committee hearing reviewed the incident that occurred on January 23rd between Academy SC vs. Bodden Town FC.

The referee sustained some injuries that required him to seek treatment for muscle damage and take time off work. Bodden Town FC is placed on a two (2) year probation. The DC found that there was not sufficient evidence against head coach Danu Smith who was accused of instigating violence and only issued him a warning.

However, player Kyle Santamaria, who kicked the referee received a six-year suspension from all football related activities. Player Michael Martin-Cruz was also suspended for six years for punching and kicking the referee. Shakur Welcome was suspended for a three year period for inciting violence after he refused to leave the field of play after receiving a red card.

We understand that both the Cayman Islands Football Association (CIFA) and the Cayman Islands Referee Association (CIRA) appealed the decision last week on the basis that there was no action taken against the club itself or the coaches. Last year a player received a ten-year ban for kicking a referee. However, the above decisions only gave a six-year ban for what many call a more offensive action.

An initial decision was made to ban Bodden Town FC pending a full investigation immediately after the incident. This decision remains pending the outcome of the appeal which could be decided upon as early as this week. However, a weekend schedule was erroneously posted in early February including Bodden Town FC on the rooster. This lead some players to believe that the ban was lifted. 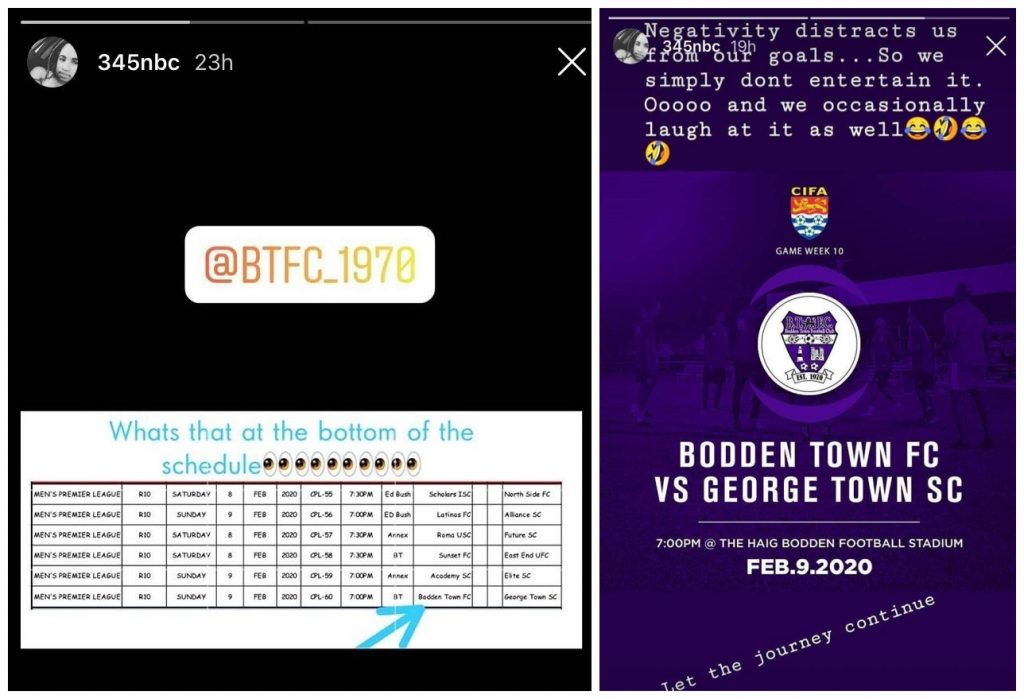