(CMR) On Friday afternoon a year six Red Bay Primary school teacher was stranded in the bathroom for several hours and had to go through the ceiling in order to get out of the facility on her own.

According to CMR sources, she was in the bathroom for two hours calling for help but to no avail when she decided to take matters into her own hands. She was able to place several items on the toilet seat to get into the ceiling. She utilized a paper towel dispenser and an old garbage bin to make her way into the ceiling. 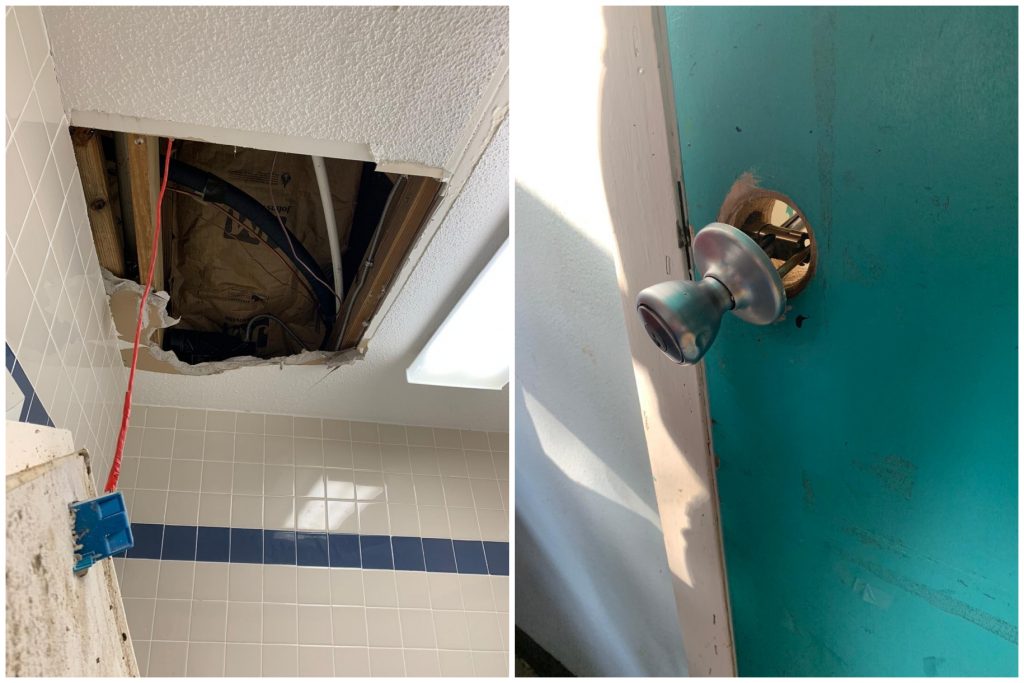 There was no school on Friday for students and some staff was on site for professional development. There was also no security guard on-site which is customary when there is no school in session.

The solid sheetrock ceiling was ripped out by going through the AC vent in order to access the ceiling by the desperate teacher who eventually escaped surrounded by electrical wires to the outside. We understand that an ambulance attended the scene after the teacher was visibly upset by the incident.

Sources have indicated that the door lock was a known issue for several months as multiple students and staff had previously complained about it.

CMR reached out to the acting chief officer and minister of education but received no response to our queries.

No, thanks.
How do you feel after reading this?
Tags: Red Bay Primary