(CMR) After the magnitude 7.7 earthquake yesterday a lot of persons are asking how this happened? Apparently there is some friction happening along the Oriente fault between Cuba and Jamaica. It was centered 77.6 miles north-northwest of Lucea, Jamaica.

The Cayman Trough  (also known as the Cayman Trench, Bartlett Deep, and Bartlett Trough) is a complex transform fault zone pull-apart basin which contains a small spreading ridge, the Mid-Cayman Rise, on the floor of the western Caribbean Sea between Jamaica and the Cayman Islands.

It is the deepest point in the Caribbean Sea and forms part of the tectonic boundary between the North American Plate and the Caribbean Plate.

Despite a very logical scientific explanation for earthquakes, some local people are convinced there is a more sinister reason. A viral social media post has been circulated showing a person allegedly predicting the earthquake. However, that person is constantly making predictions that do not come to fruition.

The tremors were felt as far as Orlando and Tampa. Tuesday’s 7.7 earthquake was followed by a magnitude 6.5 earthquake hours later near Grand Cayman. Numerous additional aftershocks could be felt.

Despite residents of Cayman believing this is an uncommon phenomenon, a 7.6 earthquake was reported two years ago west of the Caymans along a separate segment of the fault. The fault line, called a strike-slip fault, is where two segments of the earth crust slide past each other.

Along this fault, as tension builds, earthquakes occur to release the strain. The North American plate and the Caribbean plate are sliding and not impinging on each other. It is uncommon for earthquakes in these areas to produce tsunamis, except in the case of underwater landslides.

The seismic energy of the quake was felt as far away as Cancun, Mexico, and Nassau in the Bahamas. Reports also came out of Tampa and Orlando that the shaking was felt. However, Miami-Dade and Broward had stronger vibrations, particularly in taller buildings.

More aftershocks are likely in the Caribbean in the coming days.

The Water Authority has now restored water to most of its customers after being forced to turn the water supply off to isolate and fix leaks.

Some schools are closed for the day in order for the government to ensure structural safety. Many private schools are also closed. Additionally, although the government offices are open they have implemented a flexible attendance policy with employees being instructed to liaise directly with their supervisors.

There appaers to be no major structural damage. However, a number of sinkholes both on land and in the ocean were discovered. 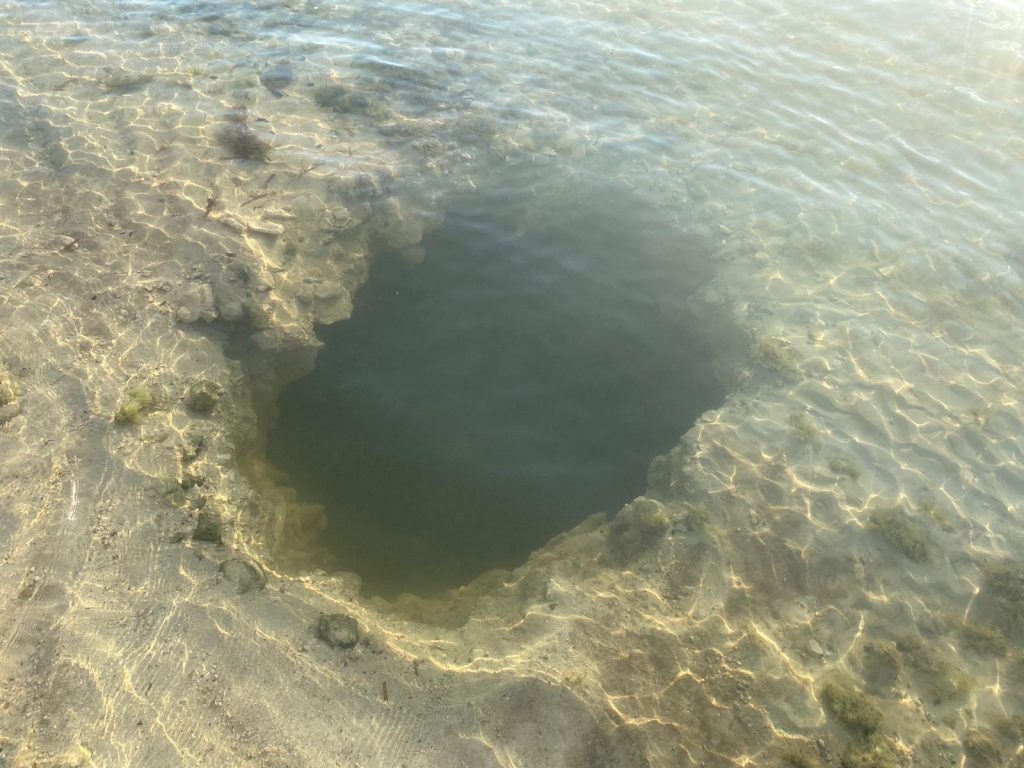 Many persons are left wondering when the government will be implementing their emergency notification system with one community leader, Alric Lindsay, noting:

“People who are not on social media can be left unaware of a tsunami. Perhaps, our hazard management team could consider the use of a siren to alert people in the special case of a tsunami.”

No, thanks.
How do you feel after reading this?
Tags: Alric LindsayEarthquake