Despite admitting to having no affiliation with company

His letter is addressed to “All the Cayman Automotive Leasing and Sales Customers” and explains that CAL is “no longer under my control and has not been since the summer of 2019.” He further shares that he is not involved with the company and cannot deal with any matters relating to it.

He claims that he left suddenly because of a family medical emergency, despite CMR having evidence to the contrary. Oddly, he then contradicts himself and shares:

” It would be inappropriate for me to comment on the circumstances under which I came to leave the company, but I can assure you that I remain dedicated to serving the people of the Cayman Islands by striving to provide excellent customer service and exceeding your expectations at every opportunity in my new business ventures.”

In what appears to be an attempt to poach local customers for his new business venture with a Miami, Florida address, the letter was received by numerous former clients and forwarded to CMR. It turns out the addresses he has used are not actually a proper business address at all but belong to other companies.

Despite having no local business license, he continues to share that he will be continuing to serve the people of the Cayman Islands under his new business venture. He promises to continue:

“with my passion of selling and importing electric vehicles and certified new and pre-owned vehicles to the Cayman Islands and in the regard would be happy to discuss any needs you may have for a vehicle in the future.”

Oddly enough, Felder did not provide this departure letter to his clients until after CMR indicated he was no longer with the company after the board of directors removed him. He was also selling cars on the local website EcayTrade.com which has now curiously changed. His previous Gmail contact, which was associated with CAL, is no longer being used since our article. He is now using several email addresses associated with his new company.

Despite claiming to have no affiliation with CAL, his new company website is using their address, phone number, and a cropped version of their logo/name. He claims to have three office locations, including Cuba, Miami, and Cayman.

A keen eye will also observe that his Cuban address is attached to a Miami phone number. His website claims PAE is a subsidiary of Cayman Automotive Ltd. and “is the first automotive company in the USA to get approval to ship vehicles manufactured in the USA exported to Cuba.”

His Miami address is actually the address for Malvar Shipping company. His Cuba address appears to be the Embassy address for Guatemala: 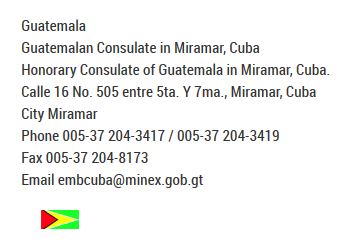 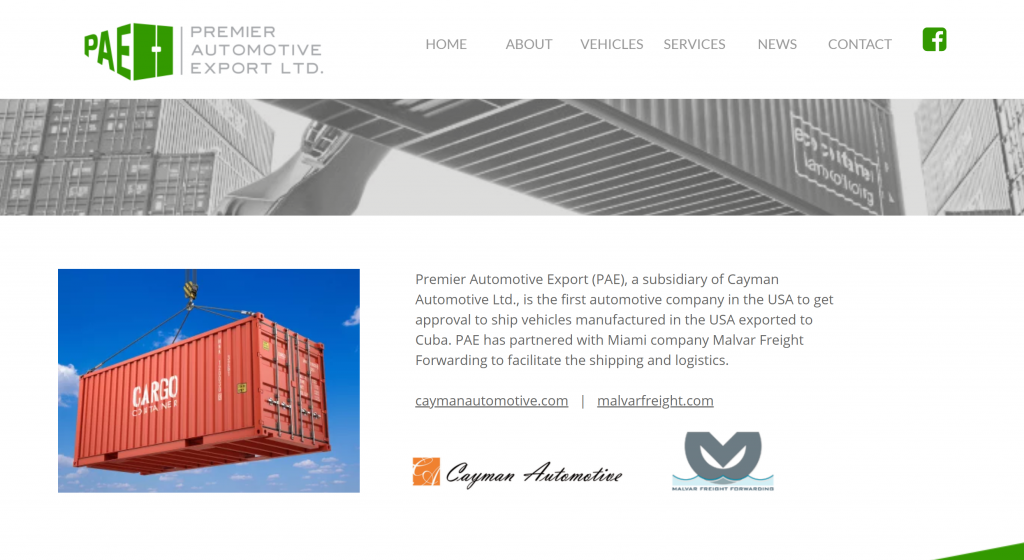 He also references the Cayman Automotive website link on the About Us page – which redirects to the PAE website that a person is already on.

Despite all of these glaring irregularities, Felder is suing CMR, claiming that we have defamed him. Since the publication of that story, numerous persons have come forward and provided information on Felder, including email correspondence claiming that he is, in fact, a con artist.

We have also been asked how persons may contact him to serve him legal documents. Felder is being represented by an attorney, David Lewis-Hall, of Priestleys Attorneys at Law. They are located in the Caribbean Plaza on West Bay Road.

No, thanks.
How do you feel after reading this?
Tags: Cayman Automotive Leasing & Sales Ltd.John FelderPriestleys Attorneys at Law