(CMR) The Cayman Islands Port Authority confirmed this evening that Deputy Director and Chief Financial Officer, James Parsons has retired after an 18-month leave of absence from his posts.

The Port Authority of the Cayman Islands confirms that its Deputy Director/Chief Financial Officer, Mr. James Parsons, retired effective 24 December 2019. The Board and Management extends its appreciation to Mr. Parsons for his many years of dedicated service at the Port Authority.

There were sexual harassment complaints received by Cayman Marl Road back in May 2018. At that time Parsons took a two-week vacation but never returned to work. An internal investigation claimed that the allegations against him were false but auditors found the work environment was an “unhealthy” one. 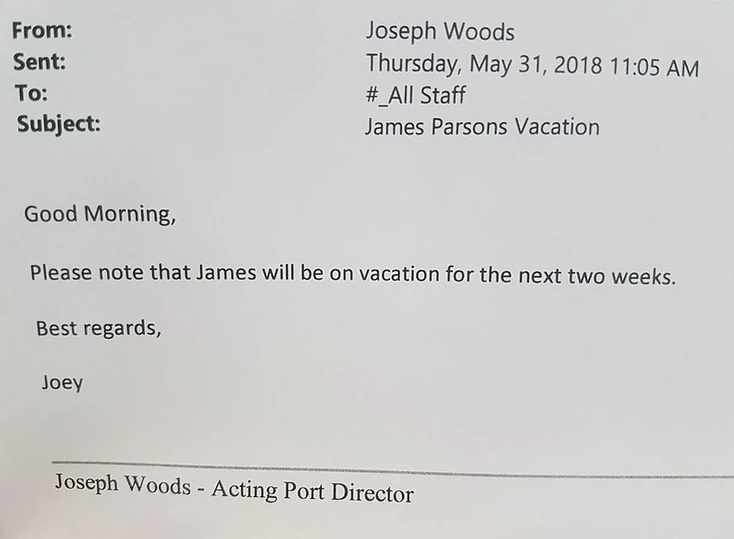 The Port has faced a number of management and employment issues and terminations in the past two years. Rumors are currently circulating that another department head will soon be appointed as permanent director taking over from Acting Port Director Joseph Woods who has been acting since the termination of Clement Reid in November 2018.