(CMR) The Dart wall that has been placed by Seven Mile Public Beach has been met with disdain by local residents as it was vandalized already!

It appears that vandals decided to send a very clear message to the Dart group who are in charge of the public beach “enhancement project”. Social media commentators have already expressed their disgust at the concrete “eyesore”. Now it appears that others which to make it clear that they wish the wall to be removed.

Many have argued that the wall further contributes to the urbanization of the area and blocks people from being able to view the beach while driving.

It was recently reported that the wall was initially designed to only be two feet. However, the Central Planning Authority (CPA) directed the Dart Group to build it higher. The decision rendered in March 2018 went against objections from the National Road Authority and traffic law requirements. CPA's concerns are that people would use the lower wall to cross over into public beach as a shortcut. The sidewalk was originally meant to be on the inside, with the aim of protecting people from traffic, but the CPA also asked for it to be placed along the roadside.

The Dart Group may not be forced to reconsider the buildout entirely.

Other aspects of the project have also been criticized including the undersized craft vendor stalls. CMR received over 171 comments on that post. Most persons were making fun of the size of the units and questioned their usability; indicating they were more suitable as toilet stalls. 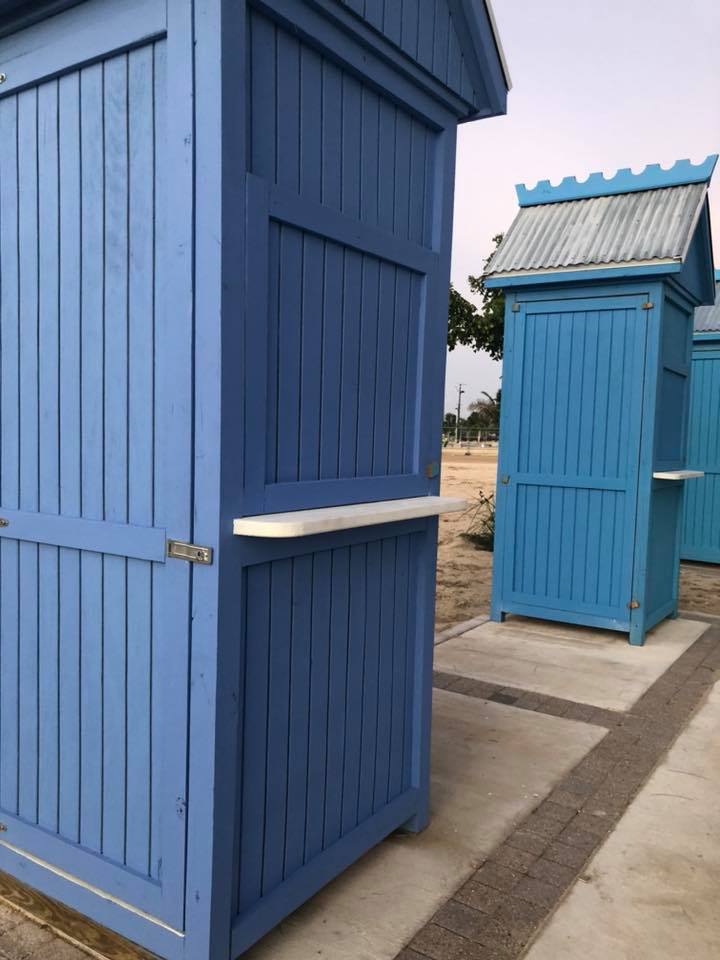 The $3 million beach enhancement is part of a deal that the Dart Group signed with the Cayman Islands government where they were permitted to take a part of the public beach and close off direct access to West Bay Road in exchange for several projects paid for by Dart. Dart is the island's largest investor.

No, thanks.
How do you feel after reading this?
Tags: Dart GroupSeven Mile Beach