(CMR) An American mother of two is looking for her biological mother who gave birth to her in 1983 in the Cayman Islands.

Affectionately named “Baby Sarah” by Cayman Marl Road fans we are attempting to assist her in locating her Jamaican mother. Sarah joined us on The Cold Hard Truth's podcast on Tuesday evening to an engaged audience of over 50 persons. Many provided tons of suggestions to assist in her search.

Cayman Marl Road's investigative division set out this morning to pay a visit to a number of government agency. They shared that:

“The first point really is to verify the authenticity of the birth certificate in order to know if the information contained on that is reliable. The birth certificate did contain some typing errors that were picked up during the podcast last evening.”

In less than twenty-four hours after the podcast CMR investigative reporters have been able to confirm some key pieces of information. We have confirm that baby Sarah was born to a Jamaican domestic worker by the name of Gloria Green on June 7, 1983.

A reliable source familiar with the case shared that they were connected to the matter and fondly remember Baby Sarah. They shared that they recall the mother giving birth to the baby girl and immediately leaving on a flight back to Jamaica and was never heard from again.

At the time they had no additional information on the mother including family's location in Jamaica, next of kin or relatives. There is no information who baby Sarah's father could have been either.

Green would now be 63-years old. For a time baby Sarah was in foster care in the Cayman Islands before being adopted by an American lady from Minnesota. CMR has also confirmed that the adoptive mother had no connection to the birth mother and did not know her at all.

Several viewers surmised that the two may have had some tenuous connection; finding it unbelievable that a random woman in Minnesota would know about a baby up for adoption in the Cayman Islands. However, our source explained that she was referred via a private Minnesota adoption agency to the Cayman Islands. Apparently agency representatives traveled here and met with the Cayman Islands Adoption Board for several days and then sent information on potential adoptive families from Minnesota. Sarah was subsequently adopted by a single lady in Minnesota.

Sarah explains that she had a good life with no complaints but as always wondered about his background. Her mother did share that she was for a “Jane Doe” who had essentially abandoned her. No other information was forthcoming. After her mother's passing Sarah located the Cayman birth certificate. 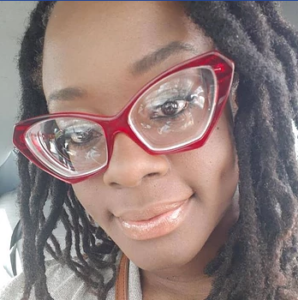 Although the last name of Green is quite popular in Jamaica we do know that her mother already had two children before Sarah was born.

We are hopeful that someone will be familiar with Gloria Green or this situation and assist Sarah with making contact. If you know of anyone who can assist please contact CMR directly.

No, thanks.
How do you feel after reading this?
Tags: American motherBaby Sarah