(CMR) It has now been almost a week since Cayman Marl Road analyzed the fiasco at the Cayman Islands National Insurance Company – CINICO and its disgraced CEO Lonny Tibbetts.

Countless persons have reached out to CMR since then, sharing their own personal stories, and were extremely supportive of the details that were finally exposed.

To say that the place was being run like a dysfunctional organization is clearly an understatement. The truth is that CMR held back on a lot of the more grotesque details and photos that were provided to us. Those would have shocked even the most doubtful reader.

Sadly, CINICO is but one example of how poor leadership can cause government organizations to run amok and lose all credibility with their employees, vendors and the general public. The list of dysfunctional entities is long and appears to be growing by the day: National Roads Authority, CINICO, Port Authority, Liquor Licensing, Department of Environmental Health and OfReg are but a few recently examples highlighted by various media stories in the past year.

Allegations of poor management, overspending and even threats and violence during board meetings make us all wonder about the board members themselves.

One has to query – how did this happen and how was it allowed to go on for so long?

Government agencies do not form part of core government and have boards that are responsible for their oversight and management. Their role is to provide oversight to the organizations and are governed by The Public Authorities Law, 2017 (PAL). However, it appears that boards are operating without any oversight and by extension allow their organizations to largely do the same. By the time the CEO’s are held to account, the budget is millions of dollars in overrun, staff morale has hit rock bottom and lawsuits are being settled.

There is also the Commission for Standards in Public Life (CSPL). They are charged with “enhancing democracy in the country and ensuring that there is sufficient oversight of the public sector. Have you ever heard of them? When we contacted their offices, the person answering the phone informed us that they have oversight for 6 different commissions. With all of the ongoing issues with statutory boards and authorities currently in the public domain, not a single statement has been made by the CSPL. Radio silence.

The CSPL has a constitutional mandate:

Created by section 117 the Cayman Islands Constitution Order 2009, the Commission for Standards in Public Life is an independent body enshrined in the Constitution to enhance democracy in the country and ensure that there is sufficient oversight of the public sector.

Despite this commission being created by the constitution there is no supporting legal framework for it to operate.

In 2014 the PPM Government put forward a draft bill that was quickly criticized. It received substantial push back from their own board operatives. Board members appear to not comprehend the reason they are placed on boards to begin with. It is not for personal gain but to serve the people of this country. Service dictates transparency and openness with all of your affairs that may create a conflict.

The law was then diluted down and re-emerged in 2016. Here we are four year on and still no actually legislation because it has yet to be enacted. There has been no commencement notice placed in the gazette; which is required to bring it into force. Without written and enforceable standards how do we expect to hold anyone truly accountable?

The media attempts to at least publicly highlight what comes to its attention; but often aspects of meetings are hidden from the public. This tactic has been used to circumvent the FOI process.

This mean that the failure of statutory boards should lie squarely on the shoulder of the political arm of the government because they have not passed the necessary legislation to hold those persons accountability.

In turn, the failure of the CEOs/MDs of the statutory bodies should also fall squarely on their shoulders. 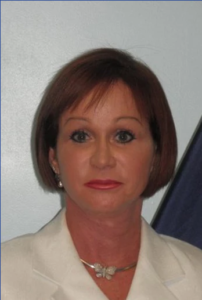 Karin Thompson, MBE and first Chair of this Standards in Public Life Committee has long advocated for the legislation to be enforced. She was appointed in 2010 for a four year term and here we are some eight years later with resolution in sight.

It's not politically expedient for the government to make any waves on the boards if they wish to get re-elected or obtain financial donations to fund their campaigns.

The Deputy Governor has confirmed to us that last month the Commission supplied training for board members. His office has also provided training for boards as it relates to their obligations under PAL. – yet boards continue to blatantly ignore various aspects of PAL specifically in the hiring process.

What course of action is being taken against board members? Is it time to start making examples of them? In only one instance have we seen the Premier step in and remove a board chairman.

This lack of complete oversight leaves more questions than answers. Board members are political appointments – we get that. Does that mean then that there is no real vetting process? Some command a hefty salary and still act like children sitting in oversized boardroom chairs.

Boards appear to only be moved to take any serious disciplinary action once the matter becomes public or at the eleventh hour. At that point a lot of damage has already been done. Damage that cannot be reversed. Good staff members have resigned and vendor lawsuits settled.

In fact, it appears that the acquisition of a CEO/MD position with such statutory agencies is a preferential position to have because of the poor oversight and lack of good governance. In the case of Tibbetts, he was on administrative leave from another government department – Department of Labour – and mandated to attend anger management courses – which he never did and yet still managed to secure a position as CEO of CINICO.

How exactly does that happen? How do you acquire a CEO position while on suspension from your previous job – all within government?

Here are a few suggestions on how to improve the standards of board members and their oversight of various agencies:

No, thanks.
How do you feel after reading this?
Tags: public lifestandards in public life

Are we still slaves?

EDITORIAL Thomas Christopher Famous, Bermuda MP Supposedly, in 1834, the British abolished slavery. The reality is that those formerly enslaved,...

Editorial: Placement in girl’s home made my life worse

EDITORIAL My mother was a frustrated single mother of 4 children. Therefore we would get whopping for the simplest things...

Dear CMR, I read your recent article on Edlin Myles being appointed to the Transport Board and elective criticism that...

EDITORIAL Dear CMR, I woke up this morning to see a friend send me this link of Mario Rankin having...

EDITORIAL Thomas Christopher Famous, Bermuda MP For the last few weeks, much of the world has focused on the northern...