(CMR) In a surprise move, 49-year-old Dr. Pierre Michel Pavlov Rameau; a resident of West Bay, plead guilty this morning to all 12 counts of possession of child pornography before Justice Wood.

At his last hearing in February he elected to have the matter go to Grand Court for trial. At that time, Senior Crown counsel Candia James, advised the court that additional material would be forthcoming from the police; which could have led to additional charges.

The former UCCI professor is set to be sentenced May 17th for the offenses. The judge ordered an expedited social inquiry report be submitted so that the sentencing can proceed on that date. Ordinarily the reports can take between 6-8 weeks to be prepared by the social services department.

During the court hearing Rameau remained somber and did not look up the entire time as he plead guilty to each count individually. There was a woman in attendance who appeared very emotional and devastated.

When he first appeared in court in December last year he was described by the prosecution as a sexual predator with an “extensive catalog” of child pornography on his computer. He was initially denied bail by Summary court Magistrate Kirsty-Ann Gunn but upon appeal later in December the Grand Court granted him bailed. However, he has remained in custody because he could not meet the bail conditions which included a $10,00 cash security. 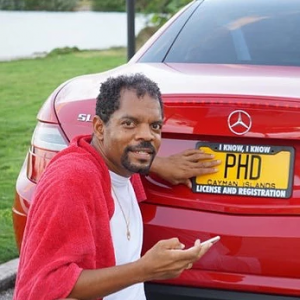 Dr. Pavlov worked at the government owned University College of the Cayman Islands (UCCI) as an associates professor in the department of Math & Sciences. He was arrested in late March and suspended with full pay about a week later when the university discovered he was being investigated by the police. His employment contract was not renewed during that time.

Many student subsequently came forward to CMR and said that UCCI took no positive action to curtail numerous complaints against the professor dating back years. They called for stricter policies to address this type of behavior. However, the government owned university has made no comments to date on the matter and has refused to acknowledge several related FOI requests sent to them.

He was represented by defense attorney Prathna Bodden.

(CMR) Conrad Clint Mendoza (39), who was convicted on several counts of indecent assault of a young teenage girl, was...

(CMR) A man who posted a video of himself holding a shotgun on social media earlier this year has been...

(CMR) A historic sitting of the Judicial Committee of the Privy Council (JCPC) is now underway in the Cayman Islands,...