The defendants accused in the illegal importation of an exotic possum known as a “sugar gilder” last June pleaded guilty to some of the charges against them yesterday in Summary Court.

Sabrina Walton, his companion and the second defendant in the case, pleaded guilty to a lone

charge of importing a live animal without a license.

A separate charge relating to illegal animal importation against both defendants was ultimately not put to them by the court, according to a mutual agreement between the Crown and defense attorneys, the court heard Thursday.

The parties were originally arrested by Cayman Islands Customs officers after a small exotic animal called a sugar glider got loose on a Cayman Airways flight from Miami.

According to a statement from Collector of Customs Charles Clifford, “an unsecured animal created a scare on board Cayman Airways flight 107 from Miami to Grand Cayman on Wednesday night, June 7. 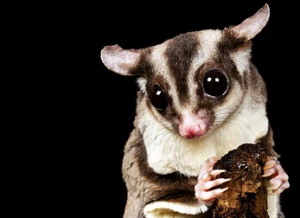 The lawyers representing the pair said the maximum punishment on the charges were fines of up to $500 and an imprisonment term of six months.

No, thanks.
How do you feel after reading this?
Tags: Jimel McLeanMLAV. Arden McLean