(CMR) A local woman is suing Health City Cayman Islands and three of their physicians for breach of contract and/or medical negligence for what she claims was a botched surgical procedure.

Shirley Jervis claims that after a planned surgical procedure for the laparoscopic removal of fibroids on February 6, 2017 she suffered a number of complications due to the negligence or breach of care of the named defendants.

Jervis underwent the planned procedure and that was termed “an uneventful” three hour surgery. Some days later she was discharged from the hospital and sent home. However, within three days of her discharge she fell ill and returned on February 11 for further examination. It was at that time that she was re-admitted on an emergency basis for a “severe wound infection.”

After twelve days the Writ claims “a partial burst abdomen was noted on the left side of the wound” and emergency surgery was required. It was during that procedure that a tear in her small bowel and ileum (portion of the small intestine) was noted on her surgical records.

The Writ further claims that the Plaintiff was not informed that a tear had been found and that mesh had been used to repair it. However, her condition did not improve and she began vomiting black discharge that evening. It further claims that the following day she continued to experience worsening symptoms and was not placed in an observation room or had an ultrasound performed.

The following day she developed a bile leak and another emergency surgical procedure was required. After nine more days in the hospital she was finally discharged.

The lawsuit filed earlier this month seeks damages for pain, suffering and loss of amenity and/or special damages in respect of medical costs and ancillary expenses for breach of duty of care. Jervis is represented by Etienne Blake, attorney's-at-law in the Cayman Islands.

Apparently this type of injury during laparoscopic surgery accounts for some 40-50% of all complications and according to the Reviews in Obstetrics & Gynecology publication “should be considered the most dangerous step of a laparoscopic procedure.”

However, a keyhole surgical technique was developed by Dr. Sarath de Alwis, a consultant/specialist of obstetrics and gynecology at the CTMH Doctor's Hospital and recommended by Harvard Medical School to greatly reduce the instances of bowel injury. 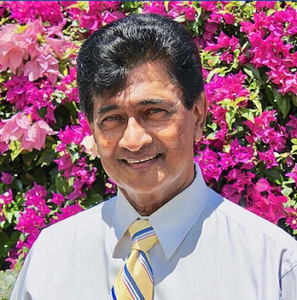 Called the ‘Modified Alwis Method’, it was featured in the medical journal Reviews in Obstetrics & Gynecology in 2009 where they noted:

Although we acknowledge that no entry method is foolproof, we have yet to experience an entry-related injury using this method, with the lead author [Dr. Jon Einarsson] performing 450-500 advanced laparoscopic cases per year.

No, thanks.
How do you feel after reading this?
Tags: Health City Cayman IslandsShirley Jervis

Caymanian on trial for attempted murder in the UK

(CMR) A Caymanian man accused of attempting to murder his ex-girlfriend in the UK after he stabbed her with a...