Cayman Marl Road reported earlier today on our Facebook page that we had reports of an armed robbery at Salty's Bar & Grill in Grand Harbour.

We are no able to confirm that the Royal Cayman Islands Police Service (RCIPS) have confirmed those reports.

They are searching for at least two gunmen following an early Thursday morning robbery outside of Salty’s bar in Grand Harbour. The suspects are described as tall, dark-skinned males of thin but muscular build.

Reports are that, RCIPS officer were called to the scene at around 1:00 am, where it was said that five patrons were approached by gunmen. According to police, five people were seated in the area outside the bar, after it had closed, when they were approached by three hooded men. 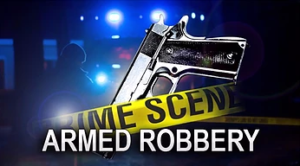 At least two of the hooded men were said to be in possession of a handgun. They then robbed the group. During the incident, one of the patrons was”pistol whipped” and said to have received a head injury.

The suspects escaped on foot heading east with a quantity of cash and personal belongings.

The victim was taken to the Cayman Islands Hospital where he was treated for non-life-threatening injuries and released.

The investigation suggests that no shots were fired in the incident. However, CMR sources are telling us that the individual assaulted as refusing to open the cash drawer.