Julene Banks remembered by many

(CMR) Julene Banks nee DaCosta sadly passed away at 11:00 a.m. this morning after a valiant battle with cancer.

Many of her friends started to extend their thoughts and prayers to her via social media this morning shortly after her passing. If the response and outpouring of comments are any indications this Ms. Banks left an indelible mark on the lives of many that she came in contact with during her 58 years.

She will be remembered by many as a fun-loving wife, mother, sister and friend to so many.

Mrs. Banks received the Certificate and Badge of Honour in 2015 when she was recognized for her many years of community service with women, the elderly and children. One of seven children and part of a large extended family, Mrs. Banks experienced personal tragedy in 1997 with the loss of her daughter Sarah who was stillborn. In a previous interview she remarked, “Losing Sarah was a turning point in my life, she helped me to realize how fragile life is and how important it is to live every day with meaning.”

The outpouring of support she received inspired her to turn to the Littlest Angel Support Group (now under Our Angels Foundation) to help other women cope with prenatal loss. More than a decade later, she continues to counsel as needed, enabling people to understand that grieving is a necessary and sometimes lengthy process.

Her community work did not stop there, however. Mrs. Banks was also a staunch supporter of the elderly and disabled. She was an active member of the John Gray Memorial Church in West Bay and worked with the Women's Fellowship to ensure elderly congregation members were not neglected. Once monthly, she ensured seniors were able to meet and socialize to reinforce their importance and connectivity within the community. Home visits, occasional tea parties and sightseeing trips are also important items on the agenda.

In her early years, Mrs. Banks attended Triple C School and was known as an intelligent, fun-loving young lady guided with God-fearing principles. Below she can be seen pictured with her 10th-grade class back in 1973.

Mrs. Banks qualified as an attorney-at-law in 1991 through studies in a joint program with the University of Liverpool and the Cayman Islands Law School. Her period of articles with the Clerk of Courts allowed her the opportunity to interact with a number of government departments, building her knowledge of the application of local laws relevant to the particular departments. 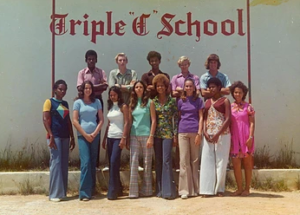 She served briefly as a Deputy Clerk of the Courts before moving on to become a Crown Counsel practicing in both civil and criminal divisions of the Legal Department. Mrs. Banks participated in an International Development Lawyers Course designed to enable public and private lawyers to facilitate the process of economic and other development in their countries.

As a former Crown Counsel, she was also respected by many in her professional career. After her retirement in 1997, she continued to practice law as a sole practitioner from home and worked closely with the elderly with estate planning needs. The CI Law School alumnus and former Deputy Clerk of the Courts helped craft the Children's Law (1995) and continued to deal with the Youth Justice Law through occasional Juvenile Court work. She kept involved in youth programmes that reinforce positive behaviour. The development of children was a real passion of hers. 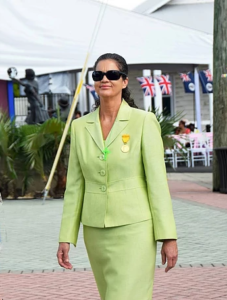 Her contributions have extended to areas such as financial services, for she also worked on creating the Monetary Authority Law and went on to serve on the authority's board for a number of years.

In addition, Mrs. Banks helped to create and implement the National Drugs Council (NDC) Law and was NDC chairperson for three years. She has also been actively involved with planning review and hopes that environmental impact assessments will become mandatory. She is a life member of the National Trust. She also served as a member of the constitutional commission from 2009-2011 to assist with modernizing the Cayman Islands constitution. 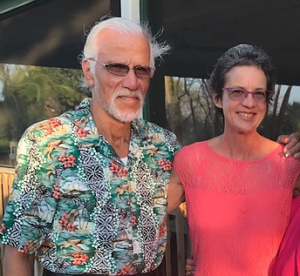 In April she celebrated her 36th anniversary with her husband, Loxley Banks. They fostered and adopted many children over the years and continued to assist with many children who were in need financially or of just loving examples in their lives.

Her special adopted daughter, Cassandra Hibbert-Morris, wrote fondly of her parents in a social media post in May 2016 where she shared ” Mama (Julene Banks), you mean the world to me. We know that words can't describe the joy, peace and love that you bring into my life. Time is so short and precious and I thank God daily for this time that he has blessed us with. May we never take a minute of it for granted.” Cassandra has made her parents extremely proud by excelling professionally and is an executive employee at the Cayman Islands Tourism Association. 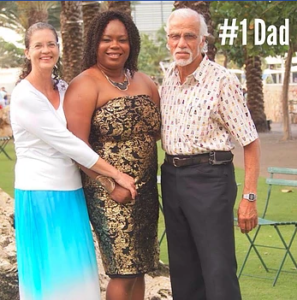 She also shared a special bond with Jannet (Jan) Lawrence, her Special Angel in Tampa. Jan was a dedicated and instrumental friend especially during her illness where she provided assistance whilst Mrs. Banks was being treated. The two shared a special bond that only caregivers could really understand. August 14 Jan posted asking for her prayer warriors to keep her in their prayers “Prayer Warriors, Please pray for Julene.” Those simple yet powerful words expressed the bond between these two friends.

Jan recalls how the two were childhood friends from age three because their fathers were best friends. Recalling fondly she said “we were exactly two months apart, with Julene being two months older than me. She would always joke about her being the eldest – but in more recent times I remember her my weight gave me the advantage.” Jan affectionately called her ” Jubilene” and with such fond memories, the connection between them grew even stronger during her illness over the past few years. 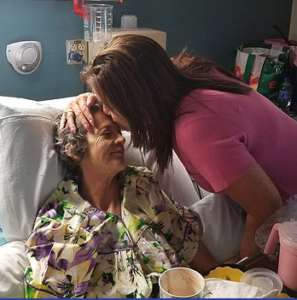 House Speaker and West Bay West representative Mr. McKeeva Bush remembers her as a long-time friend and extended his condolences and thought to her family. He stated earlier today “Julene was a very devout Christian lady. Always a good friend to me as we were from teenagers. I have lost a real genuine friend. Our district and our Island has lost a real Christian lady.

She leaves to mourn her siblings: Wilbur, Wayne, Waide, Woody, Jewel, and Jane.

Nieces, nephews and many fostered children as well as a host of extended family and friends.