Hebe McKenzie, fondly known as ‘Baba’, ‘Baba Hebe’ or ‘’Sister Hebe’ lived her life serving God and caring for others and celebrated her 100th birthday Tuesday evening surrounded by over 50 family, friends, and well-wishers. MLAs Anthony Eden and Alva Suckoo and former Speaker of the House Mary Lawrence joined in the festivities. Others came from as far away as West Bay to celebrate the special occasion with her.

Admired by so many for her love of God and her family Baba was born on September 26, 1917, to Anissete Webster. She credits her longevity to hard work, praising God and not worrying.

In her early years, she attended school in Bodden Town and had to walk there every day. There weren’t roads back then so she would walk barefoot on the beach to Bodden Town and upon reaching there she would put on her shoes and socks and attend school. She attained the ‘Third Book’ level of achievement indicating she had completed the highest level of schooling at that time. 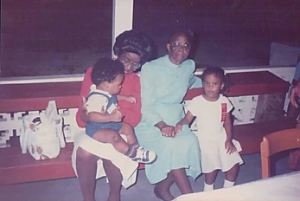 Sister Hebe never married nor had children of her own, but she was a mother to her cousin, Clinton Whittaker after his mother died when he was a young boy. She also helped him to raise his three children, Darlene, Meredith & Gary as her own.

She worked as a domestic helper to Gene & Mary Lee who lived in Pease Bay. Most mornings she would stand by the roadside and being well-known she would often get a ride quickly but had to walk back home after her work was completed at 1:00 pm. Although she never learned to drive a car nor ride a bicycle she was never late for work or church. Sister Hebe also managed the small shop that was in Breakers. This meant keeping accurate account records and ensuring the shop was fully stocked with items.

Before the church of God in Breakers was built she often walked to East End to attend church. However, around the late 1940’s a missionary name Ezra Sheets came to Cayman. Upon seeing Sister Hebe’s dedication to serving God, he went back to California, sold his house and returned to Cayman to start a church in Breakers. She and other residents in Breakers assisted in the work on the church by backing water and sand for the building. Upon completion of the church, she no longer had to walk East End for church services but would still do so on occasion. 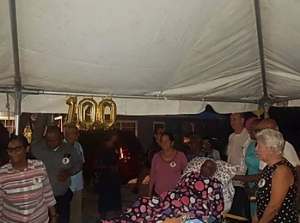 Sister Hebe served as Treasurer and Sunday School Teacher, as well as conducted services when the late Pastor Brooks was overseas preaching the word of God. She continued her faithful dedication to God and attended services even when she had to be lifted to get in the door.

When she became bedridden but could still communicate, she talked about going to church and enjoyed those times when the congregation would visit her. She sang along with them and quoted scriptures from the Bible even though she could not remember what day of the week it was. 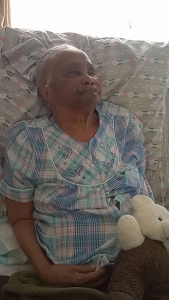 At 100 years old Sister Hebe continues to be an exemplary Christian role model to others.

Guests sang her favorite hymn, “What a Day That Will Be When My Jesus I Shall See,” and read her favorite scripture verses before sharing anecdotes they held dear about Ms. McKenzie’s time serving the community.

“She was a well-dressed woman who made her way along the Breakers Road to attend the little Breakers church every Sunday,” said her friend Mary Lawrence.

Ms. Lawrence recalled Ms. McKenzie’s strong will during Hurricane Ivan when she told her she would be fine in her home. Eventually, Ms. Lawrence convinced her to leave her house, but not before Ms. McKenzie cooked a meal, ate, ironed her dress and packed her favorite things.

Mr. Eden said she had a great effect on his two boys, she was always positive and politically aware of what was going on.

As a little girl growing up, Ms. McKenzie attended a little schoolhouse in Bodden Town. Later on, she twisted rope for a living, a skill she learned from her mother.

She did not have children of her own, but that did not stop her from raising others in the community. 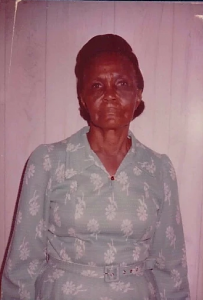 Family and friends attributed Ms. McKenzie’s long life to her commitment to God, saying she gave her heart to the Lord, and lived as close to Him as she knew how and served him the best way she could.