She’ll turn 94 again on the second Saturday in June, well not really but that’s when her birthday is usually celebrated, as she selected the date as her ‘official birthday’ when she first ascended to the throne.

The Queen’s Birthday Parade, also known as Trooping the Colour, is usually held to commemorate the Queen’s special day but given the current coronavirus pandemic, the event will not be held this year.

To commemorate the special occasion, CMR is sharing 10 facts about the Queen of the United Kingdom and the commonwealth.

1.) Born Elizabeth Alexandra Mary Windsor on April 21, 1926, she was crowned Queen on June 2, 1953. A whopping 20 million people tuned in to watch her swearing-in ceremony.

2.)  She’s on the gram. Queen Elizabeth II made her first post in 2019 on the social media platform.

3.) During her teenage years, Elizabeth participated in several pantomimes during the Second World War, alongside her sister Margaret.

4.) She was a mom before she became queen. Two of her four children were born before she was crowned queen. 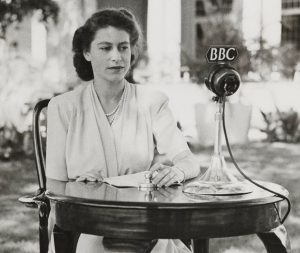 5.)  Queen Elizabeth II trained as a truck driver and a mechanic after she joined the women's Auxiliary Territorial Service during the war.

6.) Her royal status means she doesn’t need a passport, a driver’s license or plates on her car. All British passports are issued in her name.

7.)  She has visited the Cayman Islands twice. Queen Elizabeth II touched down in Cayman on Feb. 16, 1983 for her first visit. She then visited the island again in February 1994 accompanied by Governor Gore.

8.) She’s feisty. Queen Elizabeth II once sued the Sun newspaper for publishing her annual Christmas message two days before it was to be broadcasted.

9.) The Queen first graced the cover of Time magazine on April 29, 1929; since then she has been on the cover scores of times.

10.) She chose her own last name, in the 1960’s Elizabeth and her husband, Philip, used the official surname Windsor-Mountbatten. 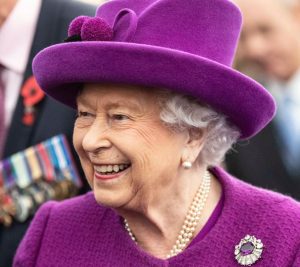 No, thanks.
How do you feel after reading this?
Tags: CommonwealthQueen Elizabeth IIUnited Kingdom

(CMR) Health City’s orthopedic surgeons are the first in the Caribbean to have access to the Intellio Connected Tower Solution...

DEH Laboratory on its way to International Accreditation

5 ways to lower your A1C

(CMR) Managing diabetes can be very challenging and usually takes commitment to seeing changes in your health. Home blood sugar...

More men in US get vasectomies as states ban abortion

(CMR) More men in the United States are seeking to get vasectomies as states move to ban or restrict abortions...

(CMR) To broaden its scope of telehealth services, the Cayman Islands Health Services Authority (HSA) collaborated with the R3 Cayman...

HSA to only do COVID testing for public health purposes

(CMR) As a result of the recent changes in travel and isolation testing requirements, the Health Services Authority will now...